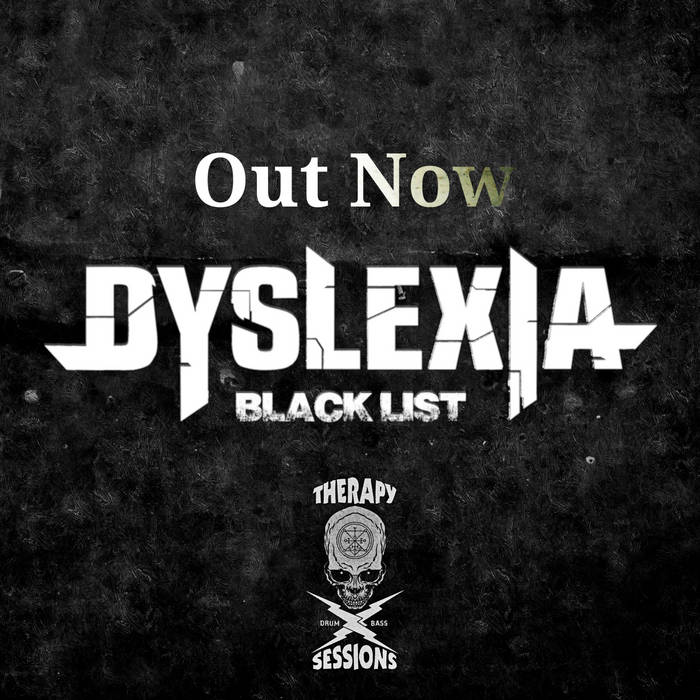 Dyslexia is a Russian duo (Ruslan and Anton) whose love of technoid and techno influences brought them together in 2015. They draw their inspiration and ideas from founders of the genre such as Kemal, Rob Data, Raiden & Proket, starting out with a release on Free BPM which generated a wide and organic interest among listeners and colleagues.

For the last five years, the duo has managed to release their tracks on such well respected labels as Algorythm, Perkussiv Music, Future Sickness, Free BPM Organization, TAM, T3K, Harder & Louder, Subdivide and KRYTIKA Productions. Earlier in this year of our misery, Dyslexia approach Therapy Sessions with some of their sounds and we were truly blown away…next level dark technoid, relentless, chunky beats coalescing with quirky stabs and offkey bleeps. We look forward to bringing Dyslexia into the Therapy Sessions Family and hope to have them grace a few stages when we are all set free...

BLACKLIST
A slinky little percussive roller with a bassline that bubbles along like the contents of a witch's cauldron and menacingly gains power as more evil ingredients are added.

ALWAYS PAIN
An intro that reminds me of teeth chattering that makes way for a disjointed robotic voice and some hard-hitting drums to lead you into the hard as frozen nails stomp of a drop. Techy bleeps and crackles hint at the impending technological breakdown heading your way.

SAVE YOUR MIND
An unsettling atmos drone sets the scene before the kicks come...and boy do they come. Thundering along like a stampede of wild horses this track hypnotises as it pulverises. Alien animal sounds surround, dying computers scream their last and you just can't shake the feeling of being chased by a sentient evil.

VALIDOL
A chunky and funky roller with a lot of attitude, a lot of bounce and plenty of grit. Bleeps and whomps talk to each other in a coded language as we voyeurs vicariously dance the night away in the shadows to the relentless thump of the kick drum.

Therapy Sessions Recordings represent some of the best tracks dark Drum and Bass has to offer, handpicked with limited, discerning releases from names you've heard, as well as a platform for new names you will be hearing a lot from in the future! With the unique style you expect from Therapy Sessions, this is just an aural extension of our Worldwide Family!