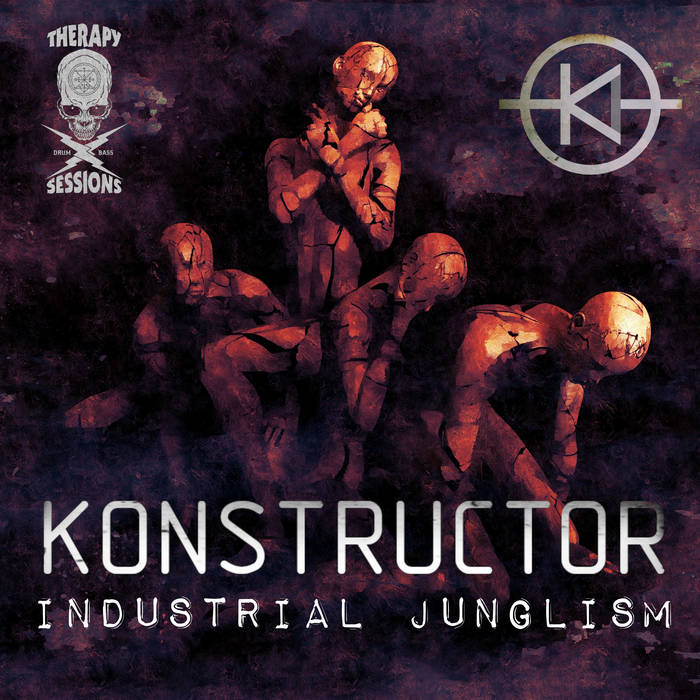 
Paperclip and Dereck have been known for quite some time as musicians and solo producers across a myriad of styles within electronic music. However, they recently began to transmute their style towards a form of darker experimental landscape and as soon as the guys felt this, they decided to unite for a new project to fully build this new edifice, aptly named KONSTRUCTOR.

After bursting onto the scene with their debut EP last Fall, KONSTRUCTOR return with yet another heavy, completely unique EP of madness with, INDUSTRIAL JUNGLISM.

INDUSTRIAL JUNGLISM - is a multi faceted work of consciousness with a stunning interconnection of techno bass lines and classic samples from the old Jungle era helping to evoke a powerful nostalgia whilst remaining totally modern and upfront. The main focus is the uniqueness of the groove and the interplay of simple but eclectic elements turning out a simultaneously dark and amusing track.

GEFEST - Whilst watching a documentary regarding the study of combat systems on modern aircraft, Konstructor came across a description of a device used by the Russian army called Gefest. This unit allows you to launch unguided projectiles with the accuracy of radio-guided missiles. This discovery peaked their interest in the technology of weaponry, inspiring them to create a track with a mixture of the emotional and the technological, interweaving classic technoid elements and the infectious nature of ostinatos and relentless groove, which is often lost in modern Drum and Bass releases. This creation was birthed full of military brutality, smashing onto the dancefloor with a gutteral, primordial scream...

RAIDEN WHY- A large part of Konstructor's project is rooted in a technoid past full of amazing memories centred around the experimental beats and glitched out rhythms of Raiden's Offkey Label, which was hugely influencial in the mid 2000s and continues to be to this day. Konstructor remain full of love for the technoid subgenre and this beautiful track is an homage to one of their biggest influences and a salute to the epic saga of the label's legacy.

THERAPY – Representing another huge Darkside DnB influence many like Konstructor gnashed their ravenous teeth upon, this long standing love affair fuelled the duo with the desire to add their own imprint, bringing new branches of development to the genre while still embracing its instinctual soul. An aim that every new broken rhythm from the project may spark new trends of the Darkside drum and bass beloved by everyone. Still heavily embracing that classic, distinctive Therapy Sessions sound, the duo also strives to bring their own twist and ideas to innovate and progress the subgenre which they love so much. Therapy, as a track, is both a celebration of this legacy and a personal manifesto from Konstructor.

Therapy Sessions Recordings represent some of the best tracks dark Drum and Bass has to offer, hand picked with limited, discerning releases from names you've heard, as well as a platform for new names you will be hearing a lot from in the future! With the unique style you expect from Therapy Sessions, this is just an aural extension of our Worldwide Family!