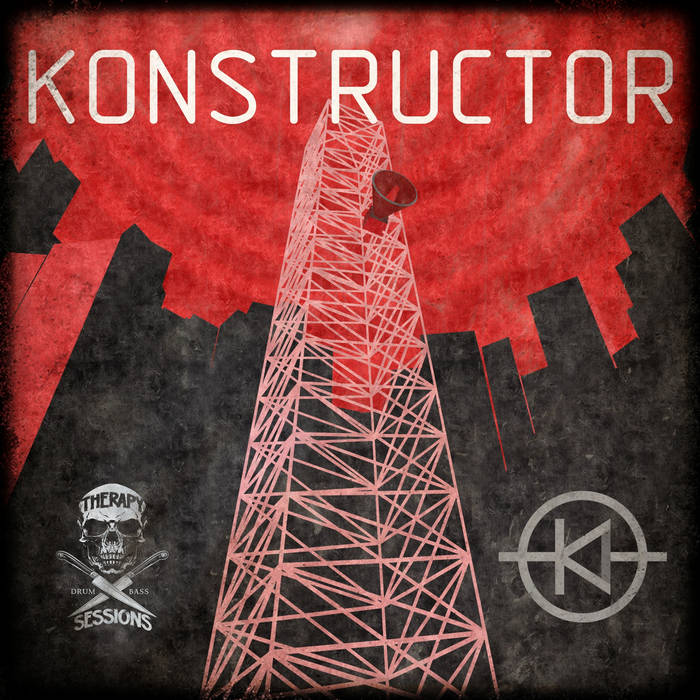 Paperclip and Dereck have been known for quite some time as musicians and solo producers across a myriad of styles within electronic music. However, they recently began to transmute their style towards a form of darker experimental landscape and as soon as the guys felt this, they decided to unite for a new project to fully build this new edifice, aptly named KONSTRUCTOR.

Misadventures stemming from a thirst for distinctive grooves and a constant search for new solutions yielded a unique result in musical technique. This EP is simply saturated with the intangible taste and subversive attitude of the Konstructor team.

When creating the BAIKONUR track, having been extremely inspired by the past work of Current Value, Konstructor decided to completely synthesize each element of the track giving the sound of the mix absolute authenticity. This gives the song a special, seemingly anachronistic, charm due in part to the addition of recordings revolving around current Soviet cosmonaut negotiations. Dental drums, merciless bass and energy level produces - an alien.

ARMORED also has its origin in a small demo from Dereck, which Paperclip appreciated and gave a new life to each sound. The Armored track reflects its creators' love for the Star Wars franchise, so fans will hear the voice of one of the most powerful antagonists before the drop. Regarding the structure of the track – it’s an ode to the classic darkside cannon, full of urgency and, to put it bluntly, very fucked transitions.

BQUAKE is a continuation of the idea of writing tracks based on computer games. The first such track was Adoom, which was released on Paperfunk Recordings in album format. Because The first letter in the name was “A”, and the first game “Doom”, there was no doubt about choosing the next letter and game. Thus the idea of the track Bquake. In addition to the riddles in the title, the track is filled with a very unusual vision of the dark side of drum and bass, in which ethnic motifs and the desire to break the ridge of the established subgenre rules are intertwined.

CARGO TRAINS depicts a simple imagery. Picture it: A Techno Drum and Bass track, which describes a train rushing at great speed into a wall. Throughout the track, the train relentlessly gains momentum, moving from a regular techno drum and bass to schrantz and bass. The absence of a breakdown is due to the authors' desire to most intuitively convey the train passengers rushing to meet their death…What happened on that train, and why it’s unable to avoid its predestined dead end in such a chaotic way, is up to the listener to imagine.

Therapy Sessions Recordings represent some of the best tracks dark Drum and Bass has to offer, hand picked with limited, discerning releases from names you've heard, as well as a platform for new names you will be hearing a lot from in the future! With the unique style you expect from Therapy Sessions, this is just an aural extension of our Worldwide Family!